TUSCALOOSA, Alabama – Aggie pitchers allowed just one hit to leave the infield as No. 18 Texas A&M registered a 3-2 win over the Alabama Crimson Tide in Friday evening’s series opener at Sewell-Thomas Stadium.

John Doxakis (6-3) picked up the win, allowing two runs, just one earned, on five hits and four walks while striking out seven in 7.0 innings. Four of Alabama’s five hits off the southpaw were of the infield variety.

Joseph Menefee struck out four of the six batters he faced in 1.2 innings, including fanning all three batters in the eighth. Kasey Kalich picked up his 11th save of the season to move into fifth place on Texas A&M’s single-season list. 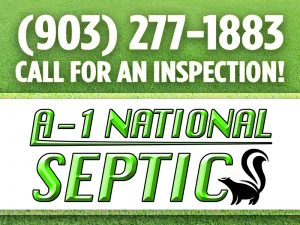 Ty Condel scored two runs from the ninth spot in the order, going 1-for-3 with one HBP. Bryce Blaum plated two runs with two sacrifice flies.

The contest started nearly two hours late as the teams sat through a 1:58 weather postponement.

The Aggies and Crimson Tide fight the rain Saturday as they try to play the second game of the series at 2:02 p.m.

B1 | With one out, T.J. Reeves reached on a fielding error by Shewmake at short. Morgan McCullough threaded a single through the left side of the infield and a passed ball moved both runners into scoring position. After Tyler Gentry drew a walk to load the bases, Drew Williamson plated Reeves with an infield single down the first base line. UA 1, A&M 0.

T2 | Will Frizzell drew a four-pitch walk to start the frame and Ty Condel drove a single through the left side of the infield. Shewmake gapped a single to left-center, knocking Frizzell in with the equalizer and Blaum knocked in Condel with a Condel with a sacrifice fly. A&M 2, UA 1.

B3 | Brett Auerbach was issued a base on balls to start the inning. He was replaced at first by Reeves who grounded into a fielder’s choice to third. McCullough reached on a Baltimore chopper to third base and Doxakis deflected a potential double play ball away from Shewmake at short on an infield single by Gentry to load the bases. After Williamson struck out for the second out of inning, Reeves scored the tying run on a wild pitch. A&M 2, UA 2.

T4 | The first two batters of the inning, Condel and Shewmake, reached on errors to put runners on the corners and Condel scored on a sacrifice fly by Blaum. A&M 3, UA 2.

HOOVER, Ala. (AP) — Patrick Sullivan had a two-run double in the bottom of the eighth lifted Georgia to a 3-1 win over Arkansas on Thursday in the Southeastern Conference Tournament. The Bulldogs (44-14) move into […]

STARKVILLE, Miss. — Arkansas, Baseball America’s No. 1 team in the country, completed the three-game sweep against No. 2 Mississippi State and downed the Bulldogs, 6-4, on Sunday afternoon at Dudy Noble Field. The Razorbacks […]

FORT WORTH — No. 10 TCU scored a run in all but one inning en route to a 20-0 win over Texas Southern Tuesday night at. Lupton Stadium. Phillip Sikes highlight the contest with three […]