There’s a lot of unknowns going into Arkansas High’s 2019 football season. Head coach Barry Norton had to say goodbye to an outstanding senior class last May at graduation ceremonies.

“When you lose as many kids that contributed as we did, it leaves some big holes to fill,” said Norton, whose Razorbacks finished 10-2 in 2018 despite season-ending injuries to some of his best players. “Now we need the other kids to step up. We have talent, but lack experience. We’ll get that this season as we go through it.”

The cupboards are definitely not empty.

Senior quarterback Sean Foreback (6-1, 215) has started the last two seasons. He may have to share time this fall with junior Braylon Bishop (6-1, 186). Bishop transferred from Ashdown last year, and is considered by many to be one of the top prep baseball players in the nation.

“There’s a good chance we will play both guys at quarterback,” said Norton. “Both will have different roles, although both can run and throw.”

The Razorbacks will be inexperienced, but featuring a lot of players at the other positions on offense.

Graduation claimed three gifted receivers. Norton still believes it could be on of Arkansas High’s strengths.

“We have good numbers at wideout, it’s just that they have done anything yet,” said Norton. “There will probably be some mistakes early, but I think we’ll continue to get better. We have a lot of guys who can be productive.”

Brothers Tavree and Tylee Green head the list at receiver. Blackwell and Blair could line up outside. Demarcus Davis is another, and there’s several sophomores battling in camp for playing time. 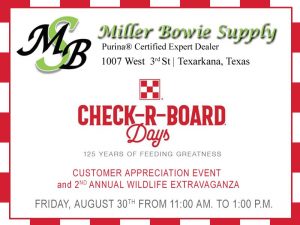 “Both of those guys played 12 games last year, and they’ve done a great job of leading the younger guys in fall camp,” said Norton. “The thing we’re searching for right now is depth. We like to carry eight guys in the offensive line, so we’re trying to mix and match to find who they are.

“Defensively, we’re looking for the same thing. We want to play fast and be physical.”

“This team’s strength is depth at the skill spots,” said Norton. “I think our defensive line has a chance to be really good.”

Arkansas High opens Friday at Liberty-Eylau. The Razorbacks could have an edge with former L-E coach Rick Cullum now serving as the Hogs’ offensive coordinator.