Next time someone tells you Texarkana U.S.A. is a terrible place to live, just say “Hogwash” and Dave Van Horn will back you up.

The 58-year-old Van Horn returned to Texarkana Tuesday, entertaining a large congregation of University of Arkansas alumni with his tales of residing locally and coaching the Texarkana College Bulldogs’ baseball team.

“When I had an opportunity to come to Texarkana (1989), I jumped at it,” said Van Horn, the Razorbacks’ head coach since 2003. “Texarkana was my first head coaching job, a chance to get thrown into the fire. It was sink or swim for me, and I enjoyed it. Obviously, it was a learning experience for me. It doesn’t matter what level you’re coaching, you’ve still got to learn how to handle young men, and get them to play hard for you.

“My plan was to recruit hard, and find guys who really wanted to play baseball. We weren’t necessarily looking for power, certain kinds of pitching, speed, but everything. At the junior college level you sort of take what you can get, the best of the rest.”

To make that story short, Van Horn and his staff built a national power in four seasons at Texarkana. He left for Central Missouri State in 1994, winning an NCAA Division II championship. Then it was three years at Northwestern State Louisiana. His success there earned him the head job at Nebraska, where he took the Cornhuskers to the College World Series twice in four years. That’s when he got to come home to Fayetteville, where he played, and was a student assistant coach.

During Van Horn’s 15-year reign at Arkansas the Hogs have played in 14 NCAA Tournaments, advancing to the World Series four times. His two best squads suffered heart-breakers at Omaha in 2015 and 2018. His only losing season (26-29 overall and 7-23 in the SEC) came in 2016.

“We lost a lot of good players to professional baseball after the 2015 season,” said Van Horn. “I’m not going to blame 2016 on that fact. We didn’t have enough talent, and we had some injuries that really hurt us. Down the stretch that year I was playing one of my best pitchers at third. We had a lot of guys playing out of position. There were a lot of unfortunate things happening, and it snowballed on us.” 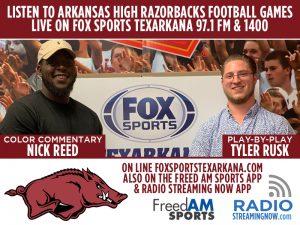 Coach’s only losing season came in 2016

The end of the 2016 season had Van Horn stratching his head.

“What it did was make me dig down a little bit; I told our coaches not to be pointing fingers at anybody,” he said. “Don’t blame the kids! We’ll flip this thing next year.”

Over the years things have changed so much that Van Horn wakes up every morning to a living dream. He’ll emphatically tell you he became a college baseball coach because he loves the game. But it’s more than that now. Van Horn is a household name in Arkansas. Not bad for a little guy from Stanton, Calif.

“I would have laughed twenty years ago if you had told me college baseball was going to be on national television, and getting so much exposure,” said Van Horn. “Honestly, I didn’t get into it for money, but college baseball at the Division I level has exploded, and some coaches are getting rich.”

Don’t you hear him laughing all the way to the bank.