Perrennial golf power Highland Park is one of several schools expected to challenge for this year’s title in the 54-hole event. 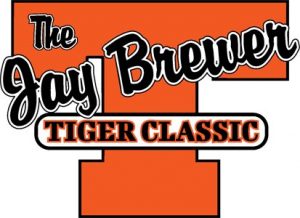 Texas High head coach Ryan Huntze, who replaced the late Jay Brewer, will be fielding a young team this fall with only one senior.

Freshman Thomas Curry will be playing No. 1 for the Tigers, followed by Carter Maneth, Jack Wilson, Camden Robertson and Will Patterson. John Patterson will be in the medalist competition.

“Curry had a great summer, and is averaging around 73 this fall,” said Huntze. “He tied for 20th at our first tournament out of 500 kids. Maneth is average around 75 right now, and Wilson around 77. Wilson hits the ball a mile. He’s just a sophomore and has lots of potential.”

Friday’s action is schedule to be 36 holes, but the prediction of rain could change that. The tournament concludes Saturday. 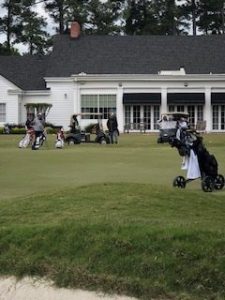 New Haven Golf Club held its annual Club Championships, and Joey Baumann prevailed in the low gross division with a 2-over-par 73. Greg Shumate was second with 80, and Karl Kemp followed at 81.

James Harris (21 handicap) prevailed in the low net division with a 65. Jim Baumann (16 handicap)was second with a 67, while Bob Pennington (21 handicap) place third at 69. 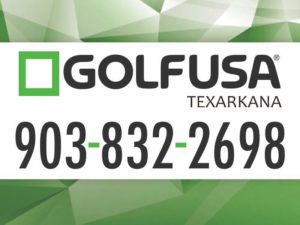 Ronnie Ingram and Joe Burns posted a 70 in the Southwest Arkansas Seniors 2-Man Best Ball at Idabel Golf Club. Second place went to Clif Perkins and Burns with a 71. Burns score was used twice because there was an odd number (43) of entries. Ron Williams and David Walls captured third with a 73.

The “B” flight played a 2-Man Scramble, with the winners being Waylon Leeper and Darrell Ward with a 68. Ira Royal and Dave Helmick won a scorecard playoff after shooting 75. Larry Thompson and Dean McPeak also shot 75 for third place.

DeGray Golf Club will host the next tournament, a 4-Man Scramble on Oct. 17. Additional information on the SWAS Tour is available by calling Ray Frederick at 903-490-3023.