Computers have added to the excitement of high school football by using schedules,  statistics, etc. to determine the winners and losers. They’re correct most of the time, but not always.

For what it’s worth, those computers have Pleasant Grove an 11-point pick this Friday night at home against Gilmer. Texas High is a two-touchdown favorite over district rival Sherman at Tiger Stadium in Grim Park. Liberty-Eylau finds itself a 16-point underdog at Longview Spring Hill in its district opener. Arkansas High’s is a one-point underdog at Little Rock McClellan.

All four Texarkana coaches could care less about these computers and the predictions.

“We’ve got a goal of winning the district title again,” said Pleasant Grove’s Josh Gibson. “All three of these last games are going to be big. Gilmer has a very good football team. Their defense is really playing well, and might be the best thing they’ve got going for them right now. They’re balanced on offense, and if they’re efficient in the passing game it will be harder to stop them.”

Gibson points out Gilmer is similar to Carthage with its’ balance on offense. He also noted that the Buckeyes limited Carthage to 24 points. Gilmer also shut out defending 3A state champion Newton, 16-0.

“We can’t beat ourselves with turnovers and penalties,” said Gibson. “The team that plays the cleanest is probably going to win this game.” 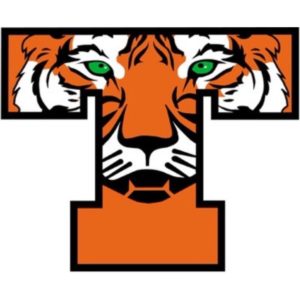 Both Texas High and Sherman are looking for their first wins in district play, and they winner is likely to reach the postseason. The Tigers could control their own destiny with wins over Sherman, Wylie East and West Mesquite. There’s also the possibility of a three-way tie for the final playoff berth, which would be determined by the league’s tie-breakers.

“We’re getting our quarterback and safety back this week,” said an upbeat Gerry Stanford. “Sherman was one of the playoff teams last year, so they’re playing with that confidence. There defense is really good, and their offensive line averages around 280. The game is going to be won, or lost up front. We’re going to find out a little more about ourselves this week with our effort.”

Liberty-Eylau’s 0-6 record means little going into district play. They’ll be shorthanded this week, but head coach Klint King expects his team to be OK if they play hard and execute.

“Obviously, we think we’ve got a chance to win if we do the little things right,” said King. “Spring Hill is a good football team. They have a very good quarterback, and good receivers. They have a chance to beat anybody in district.” 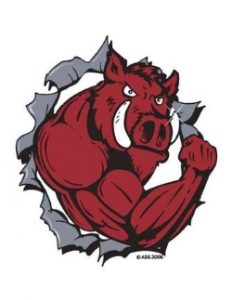 A possible share of the league title, and playoff seeding will be at stake when the Razorbacks face preseason favorite Little Rock McClellan.

“This matchup is going to be a fun one,” said AHS coach Barry Norton. “It’s going to be interesting, McClellan has a big, physical football team. It’s going to be a physical contest, a challenge we’re looking forward to. If we play well we’ll be OK. We’ve got to make them put together drives, and we’ve got to take advantage of ours. We can’t turn the ball over like last week, and prevent big plays by their offense.

“We’ve got to win the kicking game, and I think we’ve got a good chance of doing just that. Being on the road will be a challenge. It’s going to be a good football game.”