The classroom just might be a breeze compared to what the Texas A&M University-Texarkana women will face on the basketball court in 2019-20.

“I believe we have talent, but we’re extremely youthful,” said Dobbs, who coached the past four years at the University of the Southwest in New Mexico. “We’ve got twelve or thirteen freshmen, which can be a blessing, or a complete disaster. Until we get a few games in, it’ll be hard to tell what to expect.

“We’re a work in progress, with speed and quickness. Our first class does not have the brawn to battle with the Division II’s of the world. I think in the NAIA and Red River Conference you can get away with not having great size. Our recruiting focus next year will be entirely on size.” 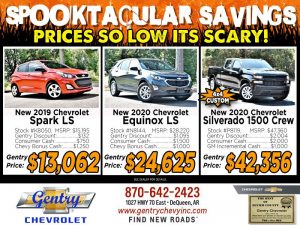 Dobbs does have three transfers who should contribute immediately. The Eagles tallest player is 5-10 junior Haylee Washington, a Centenary transfer. Sophomore Victoria Hill of Genoa Central has moved home to continue her basketball career. Both will be in the starting lineup Friday when TAMU-T plays its first game against Southwestern Assembly of God University in the Patterson Student Center.

The other tentative starters will be 5-6 Heavunli Reese of Longview, Texas; 5-7 Alexia Matheus of Trophy Club, Texas; and 5-7 Mi’lan Francis-Miller of Houston. De Queen freshman Ashley Dykes will be the Eagles’ first player off the bench.

“We scrimmaged Ouachita Baptist earlier this week, and it was the first time we had faced superior size,” said Dobbs. “They were physically bigger and stronger, and built a big lead early. Once we adjusted, I think we outscored them in the second half.

“I’d like to think we’ll get our share of wins this season, but it’s sort of like rolling the dice with so many freshmen. We may take our lumps in the preseason, but should be competitive in conference.”