TEXARKANA, Texas – The Texarkana Texas Police Department said they made an arrest in Saturday’s home invasion that left a 29 year old man dead.  A warrant for a second man, who is currently in Arkansas custody, has been issued.

Detectives arrested Cameron Ware, 17, of Texarkana, Texas, for Capital Murder last night at a residence on Milam Street.  He is currently being held in the Bi-State Jail with a $1 million bond.

A Capital Murder warrant has also been issued for Daveon Woods, 17, of Texarkana, Arkansas. Woods was arrested on Tuesday evening by Texarkana Arkansas Police on an unrelated Aggravated Robbery warrant after a Texarkana Texas police officer observed Woods driving a vehicle in Texarkana, Arkansas.

Woods is currently being held at the Miller County Juvenile Detention Center and is expected to be extradited to Texas in the coming days.  Once that occurs, Woods will be booked into the Bi-State Jail as he is an adult in Texas. 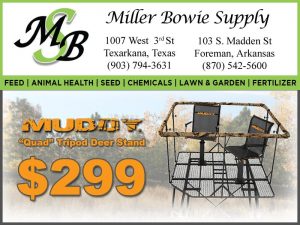 Detectives believe that Woods and Ware went to the River Crossing Apartments at approximately 1:15 Saturday morning to commit a robbery.  However, they kicked in the door to the wrong apartment and encountered Craig Garner, who was inside his apartment with his family.  After Garner got up from bed to investigate, he was shot outside his bedroom.  He later died at Wadley Regional Medical Center.

The investigation is ongoing.  It is believed that the suspects fled the scene in a light colored extended cab pick up truck, driving through the Highland Park neighborhood.  Detectives ask that anyone with home video surveillance cameras in that neighborhood review their footage to check for a similar vehicle between 1:15 and 1:30 Saturday morning.  If they find anything suspicious during that time frame, they are asked to contact the Texarkana Texas Police Department at 903-798-3116.

Chief Kevin Schutte said, “I commend the extraordinary efforts of Detectives Craig Buster and Cody Harris. This was a very difficult case with very little information in the beginning.  However, they were able to follow the leads and help bring justice to an innocent victim.  I can’t say enough about the job that they did on this case.” 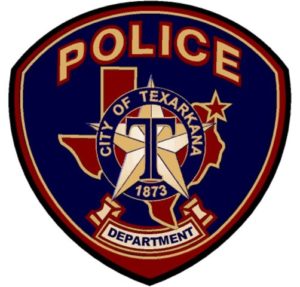 The Texarkana Texas Police Department is a police agency recognized by the Texas Police Chief’s Association for Best Practices, serving citizens with HONESTY, EQUALITY and RESPECT.

TEXARKANA, Texas – The Texarkana Texas Police Department is investigating a robbery that occurred in the 600 block of Champion Place late on Saturday night.  Warrants for Aggravated Robbery and Aggravated Kidnapping have been issued […]

TEXARKANA — The suspect from a double shooting that occurred early Saturday morning at the Waffle House on North State Line Avenue has turned himself in, according to the Texarkana Texas Police Department. Calvin Gardner […]