It’s rare that a third-seed is favored over a second-seed, but that’s exactly the scenario Friday when Maumelle invades Arkansas High’s Razorback Stadium.

That’s why the Hornets are favored to end Arkansas High’s season Friday night.

“I’m just tickled to death to be hosting a playoff game,” said AHS coach Barry Norton. “We’re hopiong to put four good quarters together and get a win, and move on to the next round. I hope we have a home field advantage. They’ll have to travel farther than they have all year. I hope our crowd is huge and supportive as always.”

The Hornets were members of one of Arkansas’ most pass-happy leagues. Junior quarterback Jonathan Reyes completed 129 of 230 passes this season for 2,638 yards and 36 touchdowns. That ranked third behind Pulaski Academy and Little Rock Christian. 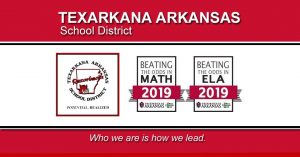 Reyes has two all-state caliber receivers in seniors Zyon Slade and Demetress Williams, who leads Maumelle with 58 receptions for 1,271 yards and 18 touchdowns. Slade has 48 catches for 1,001 yards and 14 TDs. The Hornets also have a dangerous running game with senior Brian Worsham, who had 760 yards and 6 TDs.

“The big thing for us is to be ready mentally,” said Norton. “We’ve had a great week of practice and preparation, with an opportunity for a great win. It’s important that everyone on the team contributes this week. I’ve been very pleased the past two weeks. We’ve stayed away from penalties, and plays that put us in a bind.

“Offensively, we’ve got to be consistent in the run game, and stay ahead of the chains. We can’t have bad downs. We need to be efficient with what we’re doing offensively. That means no penalties, or negative plays.”

Arkansas High’s defense is led by outside linebacker Larry Jefferson, who has 91 tackles so far this season.