GENOA, Ark. – It’s a fact that the Fouke girls basketball team lives and dies by the 3-pointer. Their long range shooting earned the Lady Panthers a berth Monday in the championship game of the Genoa Central Classic.

Fouke started the second half with six straight treys, scoring nine of their 17 3-pointers in the third quarter on its way to a 63-31 win over Gurdon. The Panthers will play Horatio for the title at 7 p.m. The Lady Lions advanced with a second half rally to beat Dierks, 63-49.

The boys’ championship game will feature Pleasant Grove and host Genoa Central. The Hawks outscored Foreman 31-3 in the fourth quarter for an 80-45 victory. The Dragons beat Horatio, 50-43 by outscoring the Lions 10-2 in the final 90 seconds of the game.

Monday’s action tips off at 1 p.m. with the girls’ consolation game between Arkansas High and Maumelle. Gurdon and Dierks meet in the girls’ third-place game. Fouke and Redwater play in the boys’ consolation tilt, while Foreman challenges Horatio in the third-place contest.

The Lady Panthers were ice-cold in the first half, shooting 15 percent with three treys. Fouke still led at intermission, 27-17.

Horatio trailed by as many as six points in the first half, but outscored Dierks 22-13 in the third quarter to capture the lead.

Four Lions scored in double figures for the winners. Teresa Chavez led the way with 18 points, including six key free throws in the fourth quarter. Tristan Short tallied 17 points, Laiken Emerson 14 and Madison Olvey 10. Halle Mounts had a game-high 20 for the Lady Outlaws.

Lydia Hollaway poured in 24 points, and Maumelle improved to 4-9 on the season.

The Lady Backs bounced back from Friday’s loss to Fouke with a hard-earned win over Foreman. Staijah Taylor led AHS with 15 points. Jamyia Montgomery added 12 points. 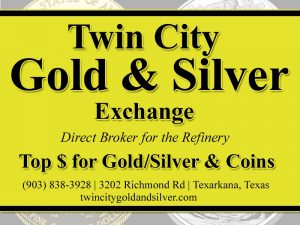 Foreman only trailed the Hawks 38-27 at halftime, and cut that deficit to four points in the third quarter.

That effort appeared to leave the Gators gassed in the final eight minutes. Pleasant Grove’s lead was 43-39 midway into the third quarter when the Hawks went on a 17-1 run. The mercy-rule went into effect early in the final period. Pleasant Grove (4-6) was led by T’Vondrick Henry’s 13 points, 12 coming on dunks. Landon Jackson had 12 points, 10 rebounds and 7 blocks. Brett Carmony scored 12 points with four treys, and Layton Jackson added 12 points.

Kohl Tucker paced the Gators’ attack with 14 points. Robbie Smith scored 11, and Will Smith had three 3-pointers for nine points.

Hunter Cigainero’s two free throws with 1:49 left in the game gave the Dragons a 42-41 lead. Cason Brigham then buried a 3-pointer from the baseline to put Genoa in control. Alex Woodle’s four free throws in the final 49 seconds put the game out of reach.

Woodle led the Dragons with 13 points. Brett Gregory scored 12. Logan Bevins had 17 points for the Lions, with Luke Bright contributing 13.

Drew Graves scored 18 of his game-high 22 points in the first half to lead Redwater past the Wildcats. Dalton Robertson scored 12 points, and Sam Cooper was the only other Dragon in double digits with 10 points. The Dragons roared out to a 34-4 lead in the first eight minutes of the game.

The hot-shooting Panthers had 10 3-pointers. Garrison Coker had six of those bombs and scored a team-high 20 points. Kannon Garrett added 16 points, including three treys. Nick Scoggins added 13 points for the winners.