Pleasant Grove poured it on early in beating host Genoa Central for the boys’ championship, 77-35.

The Lady Panthers led briefly at the beginning of the game, only to see Horatio build at 15-7 lead. The Lady Lions were never able to pull away, but Short and Rivas prevented Fouke from ever getting closer than two points in the second half.

Horatio only had six players in uniform. It appeared to be in serious trouble when Short drew her third foul in the first quarter. Seconds earlier Rivas had to be carried off the floor by her coach after injuring herself.

Short never fouled out, leading the Lions’ offense with 23 points, including 12 of 12 from the free throw line. Rivas added 16 points, with four 3-pointers. Three of those long range shots came in the first half as Horatio took a 34-28 lead at intermission.

Fouke rallied within two several times in the second half. Taylor Hardin led the Panthers with 26 points, with 13 coming from the charity stripe. Mallory Oliver had 14 points before fouling out in the final quarter.

The Lady Outlaws were the hottest shooting team Monday with 12 3-pointers en route to victory over Gurdon.

Dierks built a comfortable 31-22 lead in the first half, adding to it in the final two periods.

Staijah Taylor and Jamiyh Montgomery continued their outstanding play in the tournament as Arkansas High led wire-to-wire against Maumelle.

Taylor paced AHS with 14 points. Montgomery scored 10 of her 12 points in the first half, with Seara Watson adding 11. Kennedi Borkins led the Hornets with 17 points.

Jordan McDonald scored a game-high 17 points for the Dragons. Kenzie Cowan and Princess Davis scored 10 points each for the Lady Gators.

The Hawks (6-6) scored the game’s first seven points, dominating inside the ease past Genoa Central (5-6).

Alex Woodle led the Dragons with nine points, all in the first half.

The Gators stormed back behind Robbie Smith, Isaac Carver and Quincey Robinson. Smith scored 15 points, Carver 14, and Robinson 13. Luke Bright paced the Lions with 16 points, while Wyatt Nelson and Blake Pickett scored 11 each. 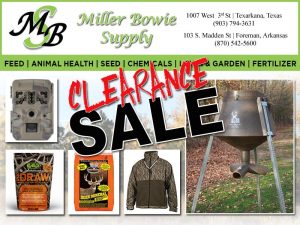 The Panthers (8-4) started the second quarter with a 13-0 run to erase a 22-14 deficit. Redwater trailed 29-28 at halftime, and Fouke pulled away in the final two periods.

Kannon Garrett scored 13 of his game-high 15 points in the second half. Nick Scoggins tallied 14, with 10 coming in the second half. Seth Phillips had three 3-pointers for nine points, all in the first half. Dalton Robertson led Redwater with 12 points.

Bloomburg started the game by trading baskets with the Go-Devils. Gurdon pulled away to a 43-25 lead at intermission by outscoring the Wildcats 24-8 in the second quarter.