Tech (15-8, 6-4 Big 12) erased a 16-point first-half deficit to win with Edwards scoring all 10 of his points in the second half with his big basket coming with 1:38 left. Jahmi’us Ramsey led the Red Raiders with 18 points, 14 coming after the break. Davide Morretti made four free throws in the final 15 seconds.

Tech, which trailed by 16 late in the first half, caught Texas midway through the second half with a 15-4 push. A three-point play by Edwards evened the score. 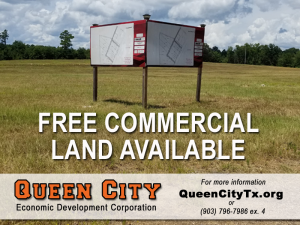 Texas took a 31-19 halftime lead thanks to a 14-0 run that began with 12 minutes left and lasted nearly six minutes. Jones scored eight of those points and blocked a shot during the stretch. He finished the half with 16 points, including three 3-pointers. Tech committed 11 turnovers in the half, three fewer than it averages for a game, and missed with all five of its 3-point attempts. The Red Raiders had only two turnovers in the second half.

Texas Tech: The Red Raiders, who have nine new players on the active roster this season, have the same 6-4 record in the Big 12 they had through 10 games to last year, when they lost the NCAA Tournament championship game to Virginia. Tech won its final nine regular-season games last season. … After facing TCU in Lubbock on Monday, Tech’s next three games are against the bottom three teams in the Big 12 standings: Oklahoma State, Kansas State and Iowa State.

Texas: The Longhorns, hoping for an NCAA Tournament bid after missing last season, needed this game badly, considering that it was at home, and that their next one, also in Austin, is against No. 1 ranked Baylor on Monday. … Texas lost two starters to injuries early in the second half, Kai Jones (left ankle) and Jase Febres (left knee). A third starter, Jericho Sims, fouled out with 3:16 left.

No. 1 Gonzaga vs No. 2 Baylor called off over virus tests

By MICHAEL MAROT INDIANAPOLIS (AP) — The big basketball matchup between No. 1 Gonzaga and No. 2 Baylor is off. The game was scrapped less than 90 minutes before tip-off Saturday because of two positive […]

By Kevin Rodriguez WACO, Texas – No. 10 Texas Baseball dropped the series finale to Baylor, 11-2, on Sunday at Baylor Ballpark. The Longhorns (14-6, 2-1) won their first Big 12 Conference series of the season […]