Every boy and girl who is a first-team selection on the 2019-20 Fox Sports Texarkana All-Star Basketball Teams were on the ballot for player of the year.

Atlanta’s 6-9 junior Daimion Collins was the epitome of a team player this season in leading the Rabbits to a district championship. Collins is expected to be one of the nation’s most recruited players next year. He was also recently named to the 3A All-State Team after averaging 24.6 points, 13.7 rebounds and an incredible 7.7 blocks per game.

Pleasant Grove’s 6-2 senior T’Vondrick Henry is the 15-4A Offensive Player of the Year. He was also named All-Region by the TABC. Henry averaged 19.2 points, 5.2 assists and 4.4 rebounds in leading the Hawks to the Region II-4A playoffs.

McLeod’s 6-4 senior Trevor Deel was also a strong candidate for player of the year after helping the Longhorns set several school team records. Deel is a member of the 2A All-State Team after averaging 21 points and 15 rebounds per game. The Longhorns reached the Region II-2A championship game for the first time in school history, and finished 35-3 on the season. Deel will play for East Texas Baptist University next fall.

Texas High’s 6-8 senior C.J. Kelley averaged more than 20 points and 14 rebounds per game against some of the state’s top 5A competition. The Tigers big man led Texas High to the postseason, reaching the area round before falling to top-ranked Lancaster. The Tigers were on a roller coaster ride this season, finishing 16-16.

Bradley’s 6-2 senior A.J. Taylor was the area’s best kept secret, except for those teams that played the Bears. Taylor nearly averaged a triple-double, whileBradley compiled a 34-7 record and reach the Class A State Tournament.

Liberty-Eylau’s 6-5 Javon Hunter is a perfect fit here. Hunter was arguably the most improved basketball player in the area, averaging 10.5 points and 11.4 rebounds for the Leopards. He was also named to the TABC’s 4A All-Region Team after helping L-E finish second in 15-4A and reach the postseason. The Leopards finished 19-11 this season.

Pleasant Grove senior Shanequa Henry was selected to the 4A All-State Team after leading the Lady Hawks back to the Region II-4A tournament. Henry finished the season strong, leading Pleasant Grove in most statistical categories. She scored a season-high 35 points before fouling out in the regional championship game against Dallas Lincoln. Henry averaged 13 points, 4 rebounds, 3 assists and 3 steals per game.

Liberty-Eylau’s 5-4 senior Eliyah Howard may be the smallest player on this year’s elite squad, but she was dynamite for the Lady Leopards. L-E was second to Pleasant Grove in 15-4A thanks to Howard’s outstanding play. She averaged 17.1 points, 5.6 assists, 4.2 rebounds and 2.8 steals. Howard scored a career-high 37 in L-E’s bi-district win over Tyler Chapel Hill.

Fouke senior Taylor Hardin could have easily been All-Star player of the year back-to-back. She was edged out by Texas High’s Kerrighan Dunn, despite averaging 19.4 points and setting a school record with 647 points this season. Hardin scored a season-high 35 points against Ashdown. She recently signed to continue her basketball career at Texas A&M University-Texarkana.

New Boston senior Carleigh Reeves is a big reason the Lady Lions were unbeaten in district this season. Reeves was the league’s MVP after averaging 16 points, 10 rebounds and an incredible 14 assists per game. Reeves was also a standout on New Boston’s volleyball team, and a member of the track team. 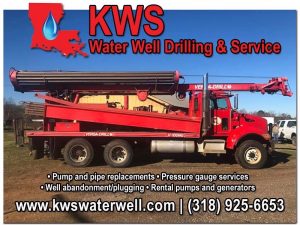 It’s a tie between Pleasant Grove’s Miaya Ware and Fouke’s Mallory Oliver. Ware was a dominant force inside for the Lady Hawks, averaging 9.3 points and 8 rebounds per game. Oliver was an outstanding shooter and defender for the Lady Panthers.