TTPD arrested 36-year-old Aaron Swenson of Texarkana, Arkansas, after he was posting on Facebook Live that he was searching for an officer to ambush and execute.

At 10:30 p.m. Saturday night, police say 911 was flooded with calls from individuals saying they had viewed Swanson’s Facebook Live video. In the live feed, police say that Swenson stated he was driving in the Texarkana area and was searching for a police officer alone so that he could ambush the officer.

Officers were able to view the live feed and determined that he was driving a late model black Chevy truck in the area of St. Michael Drive west of I-369.

At one point, police say that Swenson said he had passed an officer on the service road and was having to turn around to intercept the officer.

According to police, several officers responded to the area and located a vehicle matching the description as it turned onto Kings Highway from St. Michael Drive. Swenson pulled into the Sonic parking lot on Kings Highway, police say, but immediately fled at a high rate of speed when officers activated their emergency lights.

Police say they pursued Swenson as he turned onto Hampton Road and headed toward the Redlick community. An officer presumed the route Swenson was taking and deployed a spike strip near the intersection of Shiloh and Leary Roads, which did succeed in deflating one of Swenson’s tires.

Swenson continued to flee at a high rate of speed, according to police, until coming to a stop on U.S.-82 in Hooks.

The suspect sat in his vehicle with music blaring, according to police, and did not respond to officers’ commands to exit. After 25 minutes, Swenson stepped out of his vehicle and surrendered. Swenson was taken into custody without further incident. Police say that the man was wearing an armored plate carrier type vest when arrested, and TTPD found several weapons inside his truck. 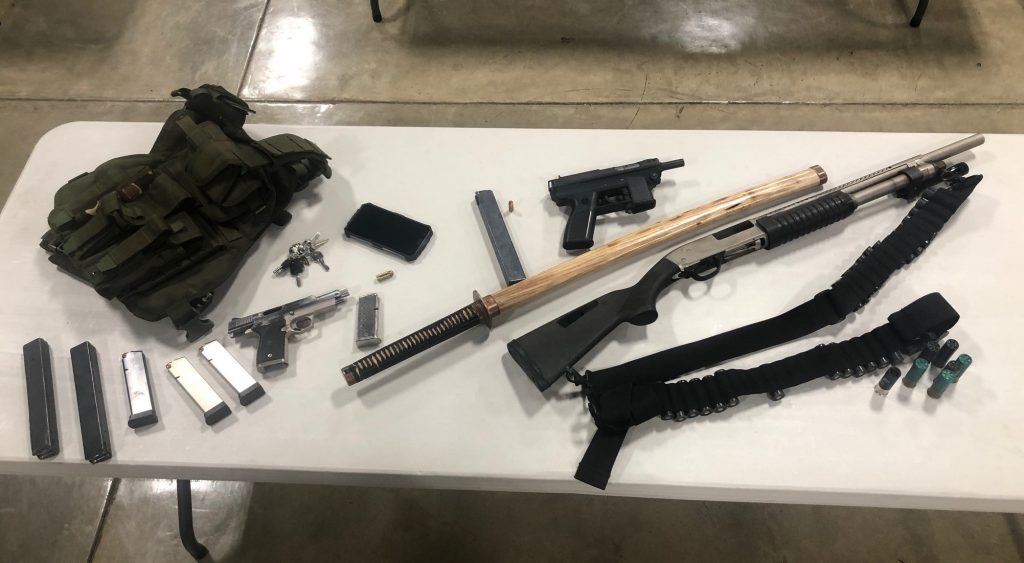 Swenson is charged with terrorist threats against an officer, evading detention with a vehicle, and unlawfully carrying a weapon. Swenson is currently at the Bi-State Jail and his bond has not been set.

TEXARKANA ⁠— A 22-year-old man is facing two counts of intoxication assult after a high-speed wreck that occurred at the intersection of Summerhill Road and New Boston Road Friday evening. At approximately 8:30 p.m. on […]