EDITOR’S NOTE: The 2020-2021 Fox Sports Texarkana Hall of Fame will induct eight new members next month. Short bios on each inductee will be published. Today it is Tra Carson, a record-setting running back at Liberty-Eylau. Carson played four seasons in the NFL with Cincinnati, Green Bay and Detroit. His induction will be Thursday, Sept. 9. There will be a reception at 4 p.m., ceremony at 5 p.m., and Carson will be a special guest on Bob DelGiorno’ radio show at The Mighty Crab.

You can’t count on one hand the number of running backs to come through Liberty-Eylau and play in the NFL.

The most recent are Tra Carson and LaMichael James. They were on the same Leopard football team one season, and the same Oregon Ducks team four years later.

Who was better? Who knows? Carson and James were completely different when it came to running style. James was very much like Barry Sanders style-wise, and Carson was a bull-dozer, with exceptional quickness. You could say somewhat similar to Earl Campbell’s style.

The Fox Sports Texarkana Hall of Fame will no doubt end up recognizing both backs, but Carson has been selected to the 2021 class. Carson rewrote portions of the Liberty-Eylau record book, and was an All-SEC runner at Texas A&M. He played four seasons in the NFL with the Cincinnati Bengals, Green Bay Packers and Detroit Lions. His only start came in Detroit. 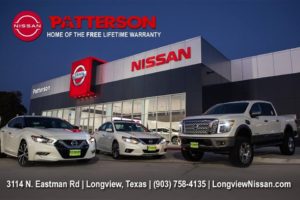 Two of Pleasant Grove’s best teams had their share of trouble with Carson, who had 90-yard and 89-yard touchdown runs against the Hawks.

Some of his fans are shocked when they hear Tra Carson say, “I’m not a football guy. Basketball was my sport.” Carson is arguably one of the best basketball players Liberty-Eylau has had.

Beginning Thursday, Aug. 26, Fox Sports Texarkana’s Bob DelGiorno will be on the radio live at the Mighty Crab, located on Gibson Lane behind Target. This will be a weekly show through the football season. DelGiorno will be at Thirty Burger the following Monday, and every Monday through football. The show will start at 6 p.m.

The Fox Sports Texarkana Hall of Fame inductees will be recognized at the show of their choice at 5 p.m.