PEARCY, Ark. — It’s no secret that Lake Hamilton’s goal in 2021 is to unseat Greenwood as the 6A state champions.

“No doubt, that’s what we want to do,” said Lake Hamilton coach Tommy Gilleran. “We started off fast last year, we just didn’t finish right.

“We’ve changed some of our defensive stuff so when we play a spread team like Greenwood, it will be harder for them to move the ball down the field. Arkadelphia passed on us in our scrimmage. We had some blown coverages, and was missing Justin Crutchmer, who was sick. We made some adjustments this week to make it easier on those guys in the back end.”

The Wolves’ offense will carry them as far as they can go. Quarterback Grant Bearden and running backs Owen Miller, Tevin Woodley, Kendrick Martin and Crutchmer accounted for a lot of yards thanks to one of the best offensive lines in 6A.

Miller already owns the school record with 3,661 yards and 44 touchdowns in his schoolboy career. Woodley broke the school’s single-season rushing record last season with 1,925 yards and 22 TDs. Martin ran for 718 yards and seven touchdown during his sophomore season in 2020.

People couldn’t stack the line of scrimmage last year because of Bearden’s success throwing the ball. He threw for 704 yards and seven touchdowns.

“Bearden didn’t play well at Arkadelphia; he might have been pressing too hard,” said Gilleran. “I think he’ll be fine this week. The good news is that we’ve got a good backup (Easton Hurley). Those two have been pushing each other every day. 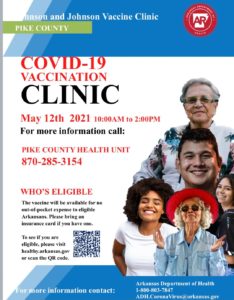 “Offensively, I think we’re as good as we’ve ever been here. We’ve still got to bring it every Friday night or we’re going to get beat.”

Gilleran will no a lot more about his team’s progress after Friday night’s game at home against rival Lakeside.

“Lakeside is picked to win its conference, and they’re better offensively than a year ago,” he said. “However, they had a two-year starter at quarterback last year. This season they had a kid starting for the first time. It’s probably the one advantage we have. He hasn’t seen a lot of different defenses and stuff. Guess you could say he’s going to be thrown to the Wolves early. He is a good quarterback.”

“I suspect the defenses will pick it up later when kids get tired,” said Gilleran. “Our depth could be a plus for us. What we do wears people out. We’re a lot bigger than Lakeside up front.”

The schedule makers did Lake Hamilton no favors in 2021 with road games at Mountain Home, Siloam Springs, Van Buren and Greenwood.

Here are the Arkansas high school football scores from all across the state as compiled by the Associated Press for Friday, Oct. 15, 2021: PREP FOOTBALL= Arkadelphia 42, Harmony Grove 19 Ashdown 26, Nashville 21 […]