On Wednesday, Texarkana College honored the memory and legacy of the late Dr. Shirley
Finn, RN, former nursing faculty member, director, and division chair of TC’s Health
Occupations Division, at a tribute ceremony held on campus and attended by close friends
and Finn family members. As part of the ceremony, Texarkana, Texas, Mayor Bob Bruggeman
proclaimed October 13, 2021, as Dr. Shirley Finn, RN, Day in Texarkana. TC President Dr.
Jason Smith said the event was held to honor the many milestones accomplished by Dr. Finn
throughout her lifetime including her activism in civil rights, her role as a leader
within the community, and her advancement of the nursing profession.

“From a young age, Shirley was a visionary leader who advocated for the rights of women
and minorities during a time when it was difficult to break through barriers,” said Smith.
“She was the first African American nurse to work in Wadley Hospital’s operating room, and
the first minority female hired as a faculty member at Texarkana College in 1966. During
her tenure, Shirley excelled as an instructor by establishing high academic and
professional expectations for students. In 1975, TC President Dr. Carl Nelson promoted
Shirley to Director of the TC School of Nursing, and Chair of TC’s Health Occupations
Division. This was the first time in the history of the college that a female, or a
minority, served as a member of TC’s leadership team.” 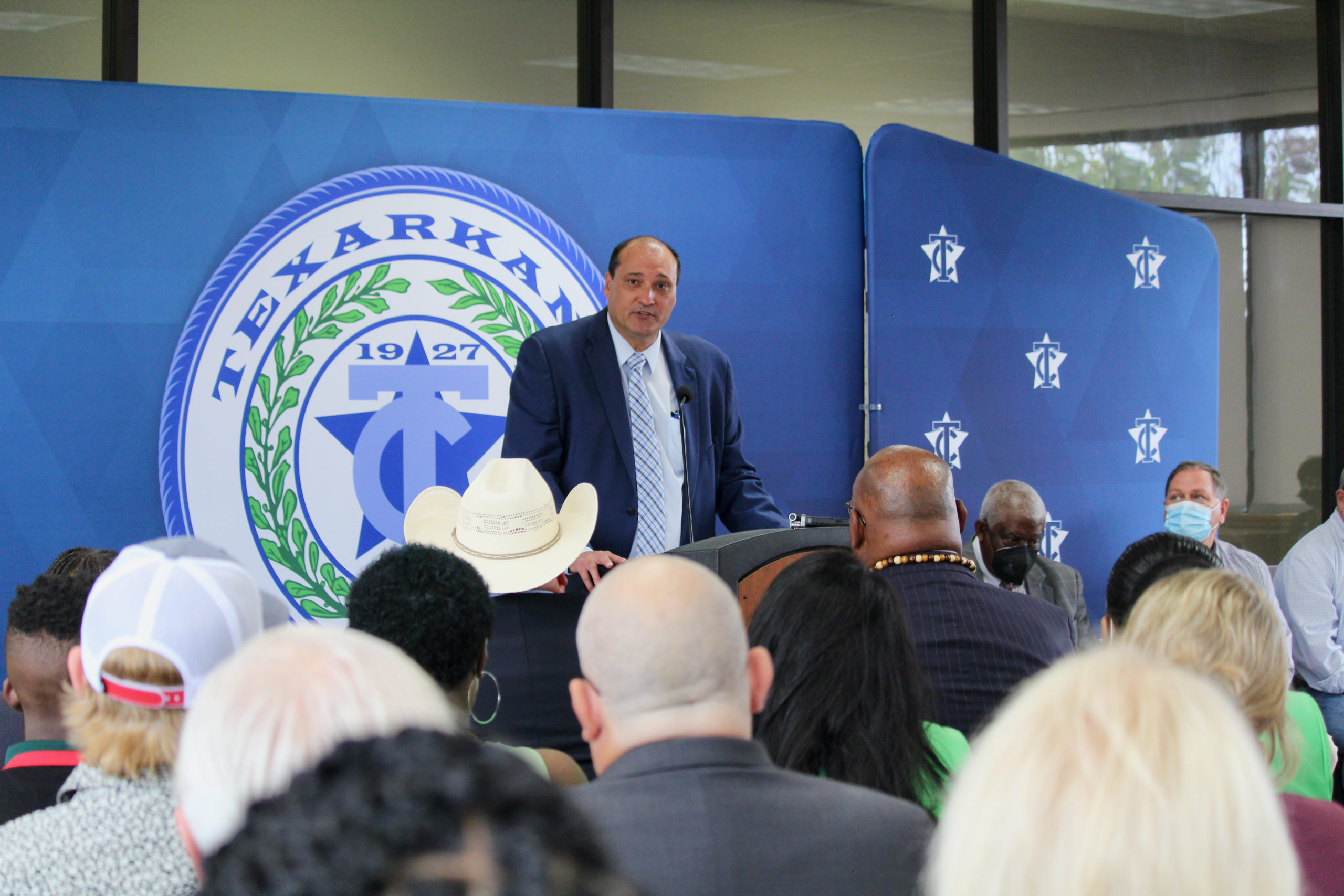 “During her tenure, TC’s Vocational Nursing and Associate Degree Nursing students earned
high scores on licensure exams and were able to help fulfill our region’s workforce need
for skilled nurses that led to the expansion of area hospitals and clinics,” said Smith.
“Shirley wrote grants totaling more than $1 million for expansion of TC nursing programs
and to assist faculty members with tuition for continuing education and advanced degrees.
She was always advocating for the advancement of education, both for students and for
faculty.”

The Texarkana community also benefitted from her legendary leadership and vision.

“Shirley and her husband, Edwin Finn, a Texarkana native, raised their son, Michael, in
our community and were active members in their church, St. James Episcopal Church, and on
several civic boards that provided support for underserved populations,” said Smith.
“Another first for our community was Dr. Finn’s service as the first black female to serve
on Christus St. Michael Health System’s Board of Directors, opening up doors of
opportunity for minority nurses. Dr. Finn lived and worked by example, never asking anyone
to put forth more effort than she was willing to herself.”

Other notable honors for Dr. Finn included local recognition by the Texarkana Chamber of
Commerce which presented her with the prestigious Palmer Award and the annual Trailblazer
Award established in her honor by the Texarkana chapter of the National Association of the
Advancement of Colored People (NAACP). On the state and national level, the Texas Nurses
Foundation posthumously recognized Dr. Finn as aLeader and Legend of Texas Nursing, and
Dr. Finn’s national Greek-letter sorority, Alpha Kappa Alpha, named her as an AKA
Pioneering Member.

Smith said the dedication of several legacy tributes in Dr. Shirley Finn’s memory were
presented to the Finn family during the ceremony.

“We are pleased to dedicate the nursing skills lab located in the Patterson Health
Sciences Building to the memory and legacy of Dr. Shirley Finn, RN, said Smith. “The lab
serves as the primary learning environment where nursing students learn and practice
life-saving skills. We felt like this lab represents the heart of our program, a fitting
dedication to Dr. Finn’s legacy. In addition, we have installed a beautiful mural
depicting her lifetime accomplishments located outside the entrance to the lab. We also
are happy to announce the advancement of the endowed Dr. Shirley Finn, RN, memorial
scholarship through the TC Foundation which will serve as TC’s most prestigious nursing
scholarship for vocational or associate degree nursing students. An honor cord will be
awarded to recipients of the scholarship upon graduation. A memorial tree was also planted
on the west side of the Health Sciences building as a symbol of her service to the college
and her legacy as TC’s 2002 Distinguished Faculty Honoree.”

TEXARKANA — At Texarkana College’s board meeting, Trustees applauded the success of TC’s choral music program for their performance at Carnegie Hall in New York City on March 19, 2022, with MidAmerica Productions, a private […]

TEXARKANA — At the Texarkana College January board meeting, trustees received notice that TC, as part of the Northeast Texas College’s Consortium, has been recommended for an award in the amount of $647,050 from the […]

TEXARKANA, Texas – Joey Martin, owner of Express Employment Professionals, presented a $2,500 check to the Texarkana College Foundation to be used for the Student Emergency Fund.  The fund was started by Joey and Jamie […]