TEXARKANA — The Pleasant Grove Hawks earned their ninth win in a row as they defeated the Gilmer Buckeyes 15-3 Friday night at Hawk Field.

Pleasant Grove moves to 12-5 overall with a 5-0 mark in district play.

JM Long took a hard hit to the chest at third base and corralled the ground ball to make the final out at first base, securing the victory for Pleasant Grove with the 10-run rule after five innings.

Brenton Clark continued his tremendous week at the plate going 2-4 with three RBI.

“I thought we did a good job of hitting the ball,” Clark said. “I thought I could have done a better job of not pulling when it was an outside pitch. I was real proud of the way we played and pitched.”

Cade Martin was 1-1 with a double and three RBI.

Blake Jennings was 1-2 with two RBI.

Josh Brown was 1-2 with a double and an RBI.

Coach Riley Fincher was pleased with how the Hawks offense delivered.

“I thought we hit extremely well,” Fincher said. “I thought in the second inning our focus was kind of off a little bit. Games like this, our job is to compete every single pitch. That’s what we tell our team. Our concern is the Pleasant Grove Hawks, and we kind of lost our focus a little bit. We kind of talked to that a little bit as a coaching staff, and I thought our guys responded great.”

Alex Galvan went 2.0 innings on the mound and gave up three runs, five hits, and had two strikeouts.

Luke Flanagan produced a scoreless inning as did Lance Jackson.

Prior to the game, 94.1 FM ESPN Texarkana and Super Bingo donated $1,160 to the PG Athletic Booster Club. 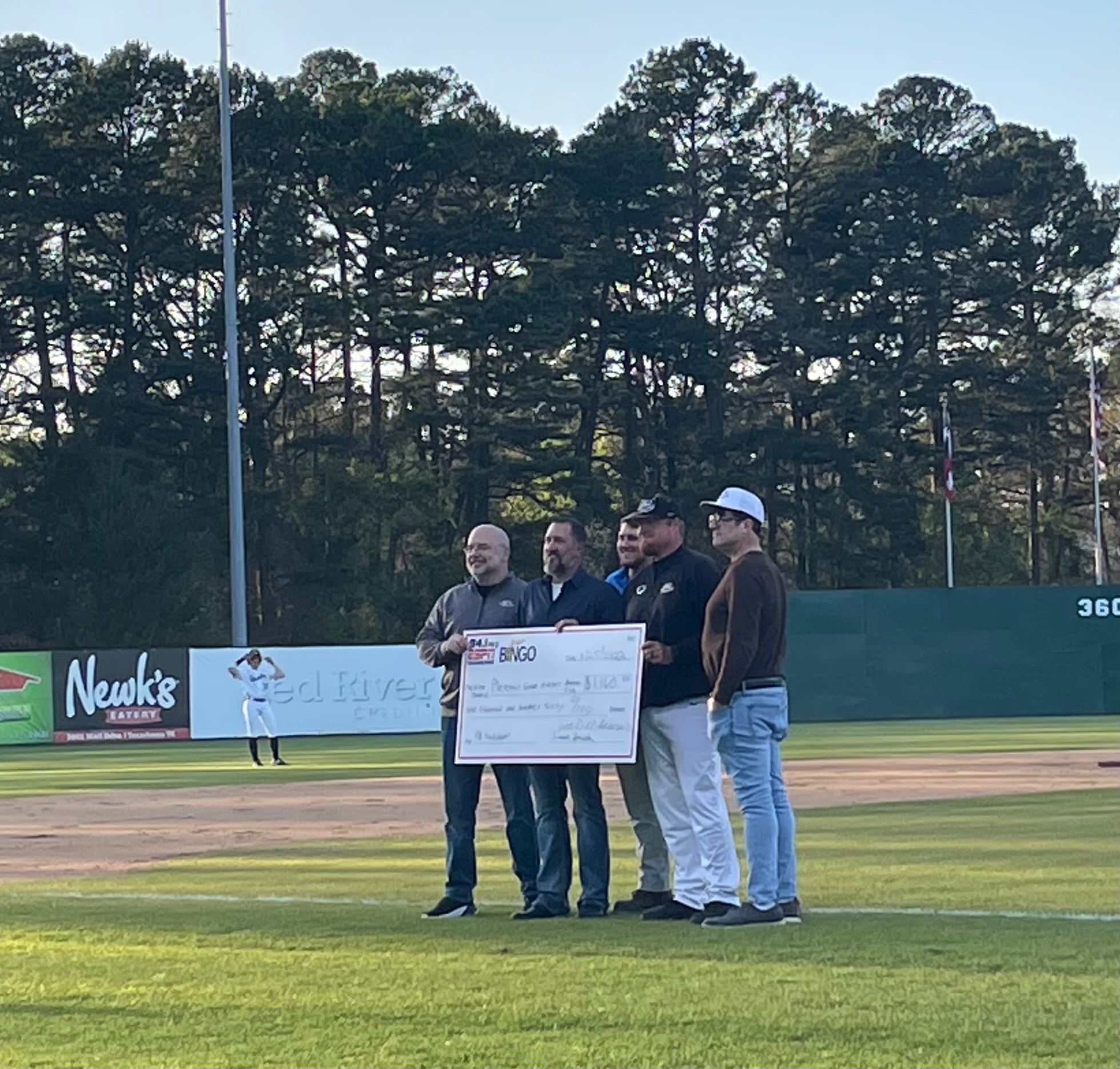 The Hawks take on the Pittsburg Pirates at Hawk Field. The game will be broadcast on Tuesday, March 29 on 94.1 FM ESPN Texarkana  with Bob DelGiorno calling the action.

HALLSVILLE, Texas — The Bullard Panthers took down the Pleasant Grove Hawks 58-39 to secure the bi-district championship Monday night at Hallsville High School. The leading scorer for the Hawks was senior Cohen Cade with […]