AUSTIN, Texas – No. 9 Texas Baseball defeated Air Force, 10-1, to win the NCAA Austin Regional Championship on Sunday night at UFCU Disch-Falk Field. The Longhorns (45-19) went 3-0 in the regional and await the winner of the Greenville Regional, which will be decided between East Carolina and Coastal Carolina on Monday.

Jared Southard pitched three scoreless innings of relief and picked up the win to improve to 4-1 on the season. He struck out a career high six batters and only allowed one hit.

The Longhorns got out to a hot start and batted around in the top of the first to take a 5-0 lead. With one out and one runner on base, Ivan Melendez got things started with his 30th home run of the season.

Texas kept the inning going, loading the bases with two outs on a single by Todd, a walk by Messinger and an infield single by Ardoin. A passed ball allowed Todd to score from third before Mitchell Daly walked to reload the bases. Faltine turned it into a big inning, ripping a two-run double down the right field line to make the lead 5-0.

The Longhorns tacked on another run in the third inning with Daly hitting a sacrifice fly to go up 6-0.

Campbell launched his second home run of the weekend and eighth of the season in the top of the fourth to extend the lead to 7-0.

Texas continued to tack on runs, scoring one in the fifth to make the score 8-0. Messinger singled and Ardoin doubled to right-center to drive in the run.

The final Longhorn run came home on Campbell’s second homer of the game in the eighth inning.

Air Force got its lone run of the game on a solo home run in the bottom of the ninth. 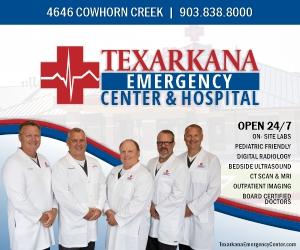 There are four outfielders due to a tie in the voting

Oscar Tshiebwe had 13 points and 11 rebounds, Derek Culver scored 13 points, No. 14 West Virginia jumped to a big early lead and coasted to a 97-59 victory over Texas. Jermaine Haley added 12 […]