The Arkansas State Police says that the Hot Spring County Sheriff’s Department has requested they investigate two shooting incidents involving sheriff’s deputies dispatched to investigate reports of an armed domestic disturbance.  The separate incidents occurred on June 11 in the Perla community and in a south Malvern neighborhood.

In the first incident, deputies were dispatched at around 6:13 p.m. to 990 Perla Road, the home of a man who had allegedly been involved in an earlier altercation with 48-year-old Stephen Silvas of Malvern. 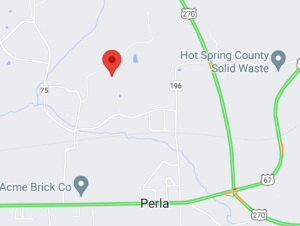 State police say that deputies initiated a traffic stop of a vehicle driven by Silvas, and identified him by his “silver handgun” that had been told to them by witnesses. According to law enforcement, Silvas would not comply with orders to exit the vehicle and a deputy used a TASER and hit Silvas.

According to state police, as Silvas started to remove the taser bolts, deputies saw a handgun slip from Silvas’ lap. Silvas was able to pick up the pistol, and deputies backed away, and Silvas escaped the traffic stop. According to state law enforcement, a deputy fired his gun into Silvas’ vehicle. 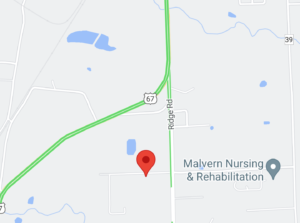 Silvas had one hand behind his back, according to state police, and the deputies ordered him to show his hands. After Silvas continued moving towards deputies despite multiple orders to stop and show his hands, a deputy fired a gun and hit Silvas.

According to state law enforcement, deputies began rendering emergency medical care to Silvas, who was then transported to a nearby hospital and later a Hot Springs hospital to undergo surgery. State Police say that Silvas is still hospitalized.

Special agents from the state police’s criminal investigation division will submit an investigative file to the Hot Spring County prosecuting attorney, who will then determine whether the use of deadly force by the deputies was consistent with state laws.

The Arkansas State Police is investigating a drive-by shooting incident from Sunday night at around 10:20 p.m. Police say that gunfire was directed at a vehicle pulling onto the onramp of Interstate 30 at Broadway […]

The Arkansas State Police says they have identified the bodies of two young children, their mother and an adult male that were recovered from the remains of a residential fire northeast of Hot Springs on […]

The Arkansas State Police (ASP) is investigating the death of a 57-year-old Sebastian County woman that they believe to have been murdered. According to police, the body of Melinda Rogers was discovered at approximately 5:10 […]