ARLINGTON, Texas — Texas Rangers shortstop Corey Seager has been selected to the American League roster for the 2022 Major League Baseball All-Star Game, which will take place on Tuesday, July 19 at Dodger Stadium in Los Angeles.

Seager, who joins left-handed pitcher Martín Pérez as Rangers representatives for this year’s All-Star Game, was selected as an injury replacement for Toronto outfielder George Springer. 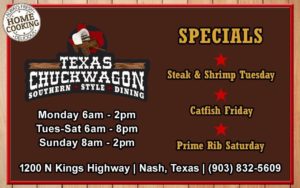 He also hit home runs in a career-best 5 consecutive games from July 8-12 to open the current Rangers homestand, which tied the 2nd-longest home run streak in club history.

This is the third consecutive All-Star Game for the Rangers to have multiple players selected to the American League roster (3 each in 2019 and 2021), with at least one pitcher and one position player picked in all three years.  There was no All-Star Game in 2020 due to the pandemic.

Rangers reliever Martin on injured list because of COVID-19

ARLINGTON, Texas (AP) — Texas Rangers reliever Brett Martin has been placed on the injured list because of his positive test for the coronavirus before the start of their summer camp. The move came eight […]