Boston baseball fans should be convinced that Texarkana, USA, is a great baseball town.

The Red Sox drafted Pleasant Grove graduate Caleb Bolden (6-2, 190) in the seventh round of Saturday’s MLB Draft. The hard-throwing righty signed with Arkansas after pitching the Hawks to the 4A state finals twice. Pleasant Grove lost to Abilene Wylie both years.

Razorback mentor Dave Van Horn had high hopes for Bolden, who was drafted in the 16th round by Tampa Bay in 2017. He posted a 3-0 record as a freshman, but bad luck followed. Tommy John surgery followed his sophomore season. Then there was Covid-19. A new beginning led to his move to Fort Worth. The former Hawk had 31 career appearances with the Hogs, and was 5-2 in 18 appearances with TCU this past spring.

“I was one of our main guys out of the bullpen this past season at TCU,” Bolden said Sunday from his parents’ (Chris and Lori Bolden) home in Texarkana. I had chatted about 45 minutes with the Red Sox on the phone, just getting to know each other. When they picked me I was so excited for the opportunity, and thankful for it.

“I’ll be going back to Fort Worth in a few days to resume my training. I’ll be taking it one day at a time, that’s all you can do. I’m very excited about staying healthy this year.”

A native of Texarkana, Bolden attending Pleasant Grove schools 12 years. He caught the eye of several scouts his last two years with the Hawks. He was 26-2. In 95.1 innings Bolden was 14-2 with a 1.17 ERA and 150 strikeouts. Scouts were clocking him in the upper 80s. His fastball was a smoking hot 91-94 in the spring. 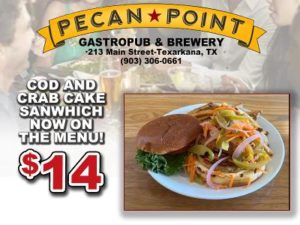 Bolden’s signing is one of several in Texarkana over the past two decades. The Red Sox drafted Liberty-Eylau’s Will Middlebrooks in the fifth round. Former Hawk Michael Wacha was drafted by St. Louis, and is now pitching well for — you guessed it, the Red Sox.

Arkansas High’s Dustin Moseley enjoyed a career that lasted for double-digit seasons. Whose going to forget the 2009 Texas High state championship team. Arguably the best baseball team ever in Texarkana that featured three lefthanders who made it to the pros. Slade Heathcott was the New York Yankees’ No. 1 pick that year. There were at least 10 more Texarkana to play professionally at one level or another.