Pleasant Grove’s 2022 football team enters the 2022 season with their eye’s on another state title. The Hawks might have the talent on the field and the head coach to do it.

Plesant Grove’s head coach is Josh Gibson. Gibson is entering his ninth season at the helm of a football program that has already won the state championship twice during his tenure. Gibson’s team this year is loaded with studs. It could result in a third ring for “the Gipper”.

On offense, quarterbacks Ahkhari Johnson (jr) and sophomore Jarrett Halter both have varsity experience and more weapons at their disposal than the U.S. Military.

PG’s offensive line who call themselves the Trench dogs should have no problem protecting the quarterbacks and opening holes for the backs and quarterbacks on run plays.

Hawks junior wing back  Jaylen Boardley who received an offer from Auburn this week is poised for a big season. Boardley had 1,219 yards rushing and 428 yards receiving last season. He scored 24 touchdowns.

Hawks starting fullback (sr) Jayden Stewart and tailback Spencer Danner (jr) will play a key role in the wing-t running attack that will pile up stats behind the offensive line. Hawks lineman are that will start the first game are Cade Martin, Kaden Allen, Matthew Thomas, Darrell Smith Jr, Caleb Hackleman. Lance Jackson (So) who received an offer from Tennessee this week and “Big” Vic Shaw (Sr) who is committed to UTSA both play tight end. Junior Kaden McFadden is an iron man who can both ways. K-Mac (McFadden)  will get a lot of carries at tailback and is one of the hardest hitters on defense. 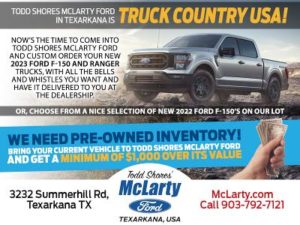 Wide receivers who are deep threats for the PG offense are senior RJ Collins (Sr) , and junior Jackson Gibson (Jr).

Pleasant Groves defense should be physical and athletic. they’re led by bookends Vic Shaw and Lance Jackson. both will play D-I College Football and will cause havoc in opposing offenses backfields all year long. 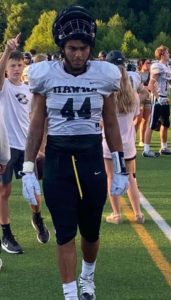 Cade “Thunder Foot” Martin will handle the punting and Caleb Jones is the kicker.

“We came out physical and fast against Kilgore in our final scrimmage,” PG head coach Josh Gibson said. “We have so many two’s coming in and playing like ones.”

Gibson said balling out with 22 guys on both sides of the  ball is what it takes to go to state.

“We’ve got to play two deep and some threes and I’m proud of so many kids steeping up and playing well.

The Hawks are deep. You need to buy a program because there are a lot of guys not mentioned in this story that will play a huge roll if the team makes it to state at AT&T Stadium December 16th. 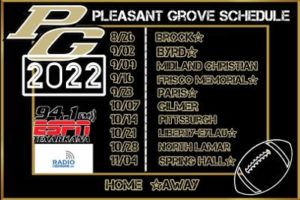 Hawks fans can listen to every Pleasant Grove Hawks football game live on 94.1 FM ESPN-Texarkana. Bob DelGiorno will provide the play-by-play and Greg Hogan the color commentary. The radio broadcast of Hawks football are also streamed on line at espntexarkana.com and available on the radio streaming now APP.