Round Rock (AAA) won their fourth-straight game over OKC after walking off the Dodgers in 11 innings. Starter LHP Kolby Allard had a quality start for the Express as he went 6.0 innings pitched, allowing two runs on five hits and a season-high nine strikeouts. C Sam Huff led the offense with three hits and four RBI including a home run. SS Davis Wendzel went 1-for-4 with an RBI and two walks.

Hickory (A+) took an early lead and never looked back as they won a 4-1 ballgame on Saturday night. Starter RHP Ryan Garcia made his Hickory debut and didn’t disappoint, he went five shutout innings allowing two hits, one walk, and nine strikeouts. His nine strikeouts are the most he’s totaled in a game this season.

CF Daniel Mateo had the lone multi-hit game for the Crawdads, the Texas Rangers’ High-A affiliate (2-5, 3B, R). 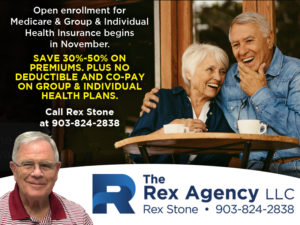 Down East (A) suffered a 7-0 shutout loss to Fayetteville on Saturday night. LF Yeison Morrobel has hit safely in 5 of his last 6 games after finishing the game 2-for-3. Starter RHP Josh Gessner took the loss (4.0 IP, 4 H, 4 R-ER, 3 BB, 4 SO, HR). Reliever RHP Adrian Rodriguez posted one hit, one walk, and five strikeouts in his two innings of relief for the Woodies.

By SCHUYLER DIXON AP Sports Writer ARLINGTON, Texas (AP) — Joey Gallo scored on a wild pitch in the bottom of the ninth inning and the Texas Rangers outscored the Chicago Cubs 11-10 on Sunday […]