Player of the Month – 3B Josh Jung

Defender of the Month – INF Jonathan Ornelas / OF Marcus Smith

Jung, 24, batted .300/.364/.633/.997 (27-90) with 8 home runs and 27 RBI over 22 games in August with the Arizona League Rangers (Rookie) and Round Rock (AAA). Jung completed an injury rehab assignment at the Rookie level during the first week of August before being activated from Round Rock’s Injured List on August 9, and he proceeded to finish the month by reaching base in 16 of his 17 games at Triple-A. Jung, who earned his first Major League call-up on September 9, is the no. 1 rated Texas prospect and the 39th overall prospect in baseball according to MLB Pipeline. 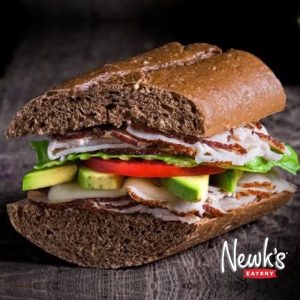 Ornelas, 22, made starts at shortstop (11), third base (10), and center field (2) for Frisco last month, committing just 3 errors in August for a .966 (3 E/89 TC) fielding percentage. This is his second time to be honored in 2022, as he was also named Defender of the Month for July. Ornelas has played primarily shortstop (.973 fielding pct. in 86 games/starts) and third base (.956 fielding pct. in 29 games/starts) this season at Frisco.  He was originally selected by Texas in the third round of the 2018 MLB Draft.

The 22-year-old Smith had just 2 errors in 13 games/starts in the outfield last month, posting a .951 (2 E/41 TC) fielding percentage with one outfield assist. He has committed just 4 errors in 77 games/76 starts in the outfield this season for a .977 fielding percentage (4 E/174 TC) with 4 outfield assists. Acquired as part of a trade with Oakland on September 18, 2020, Smith was originally selected by the A’s in the third round of the 2019 MLB Draft.

FRISCO ADVANCES TO POSTSEASON: The Double-A Frisco RoughRiders clinched the Texas League South Division second half championship with an 11-6 victory on Friday at Northwest Arkansas, marking the club’s first postseason berth since 2014. The RoughRiders finished the regular season with a 74-63 (.540) record, the second-best record in the Texas League behind Wichita (.569, 78-59). Frisco will face San Antonio (San Diego Padres AA) in a best-of-three divisional series with Game 1 on Tuesday at Riders Field at 6:35 p.m. CT. The winner of that series will advance to a best-of-three championship series from Sept. 25-28 against the North Division playoff series winner (Tulsa vs. Wichita).

By SCHUYLER DIXON ARLINGTON, Texas (AP) — Joey Gallo homered again, Jordan Lyles pitched seven strong innings after getting bumped from the rotation for one start, and the Texas Rangers finished a three-game sweep with […]

ARLINGTON, Texas – Fans looking for a way to beat the heat can enjoy a day of family fun inside Globe Life Field next weekend, Saturday, July 23.   Families are invited to Family Field Day […]

By STEPHEN HAWKINS ARLINGTON, Texas (AP) — Rangers third baseman Isiah Kiner-Falefa has a 12-game hitting streak after matching his career high with four hits in a 7-3 win over the Los Angeles Angels. Nick […]