An Ashdown, Ark., man has been arrested and charged in a shooting incident that allegedly occurred in Texarkana, Arkansas.

Police said when the officers arrived, they found a nineteen-year-old male from Texarkana, Arkansas bleeding from a gunshot wound. The officers quickly rendered aid and called for an ambulance to respond. Once Life-Net arrived at the scene, the victim was transported to a local hospital in stable condition.

Detectives from the Criminal Investigation Division and Crime Scene Unit were notified and responded to the scene, police said. They said they began gathering information and collecting evidence. Police said a total of five male witnesses were at the scene and were taken to the Bi-State Center to be interviewed.

Texarkana, Arkansas Police said they arrested a suspect in the case Thursday

TAPD said detectives with the Texarkana, Arkansas Police Department have identified Zion Fricks, 23 years of age, from Ashdown, AR. as the only suspect in the case. Police said  that Fricks has been arrested and is charged with a warrant that was issued yesterday before this event occurred for Theft by Receiving of a Firearm, and two charges related to this investigation, Battery 2nd degree and Criminal Use of a Prohibited Weapon. 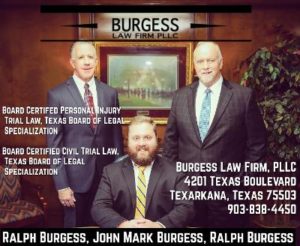