The Hawks’ signal-caller ran for 127 yards and two touchdowns Thursday night at Maverick Stadium, and completed 8 of 15 passes for 275 yards and four TDs. Pleasant Grove (8-3) built a 34-0 lead in the first half, and cruised to a 48-13 bi-district win over the Vandals.

“We came out and put on a show, and the scoreboard showed it,” said Johnson.

Pleasant Grove advances to play the winner of Friday’s game between Sanger and Caddo Mills. That game will be played next Saturday (Nov. 19) at The Star in Frisco, Texas. The Hawks are unbeaten at The Star in playoff games. 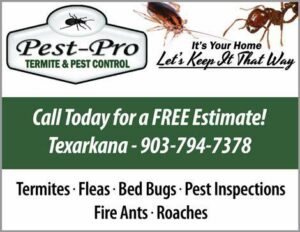 Johnson accounted for 6 TDs against Van

Johnson was in on four of the Hawks’ touchdowns in the first half. He scored the game’s first points on a 3-yard run. Caleb Jones’ kick made it 7-0. R.J. Collins scored next, hauling in an 18-yard scoring pass from Johnson. Jaylen Boardley scored the first of his two TDs in the second quarter from eight yards out.

Johnson then brought Pleasant Grove’s fans to their feet with a spectacular 66-yard scoring run with 3:04 left before intermission. The Hawks regained possession in their territory with 1:12 left. Four plays later tight end Victor Shaw caught a 14-yard TD pass from Johnson.

“It was a great game,” said winning coach Josh Gibson. “I don’t think we could have done any better. I think we played a very good football program, probably the scariest first round matchup we’ve had in the playoffs the past seven years. We have five possessions in the first half and scored touchdowns each time. Our defense allowed just one first down in the first two quarters.”

The Vandals’ third quarter touchdown were the first points PG had given up in 13 quarters.

Van more competitive in second half

Van made some good adjustments on defense in the second half and limited the Hawks to two touchdowns, while the Vandals scored twice.

The Vandals got on the scoreboard first in the third quarter when quarterback Jaxon Moffatt hit Brayden Bradshaw on a 14-yard scoring pass.

Shaw scored his second six-pointer with 5:38 left in the third quarter. Jones converted the PAT to make it 41-7.

Pleasant Grove started at its own 20 seconds later, and Boardley turned a short pass into an 80-yard touchdown. The Vandals scored the game’s final points against a combination of Pleasant Grove backups. Garrett Florey plunged over from two yards with 5:01 left in the game.

Boardley finished with 31 yards on four carries to go with his touchdown reception. Shaw had three catches for 84 yards, and Torion Philips caught two of Johnson’s aerials for 72 yards.