ORCHARD PARK, N.Y. (AP) — As a sedated Damar Hamlin lay before him in a Cincinnati hospital bed surrounded by machinery feeding him oxygen and fluids, Indianapolis Colts safety Rodney Thomas provided a few words of encouragement to his friend.

“I just told him, I got him. That’s all,” Thomas said Wednesday. “Just saying the same thing: I got his back and you’re going to get through it.”

It didn’t matter to Thomas whether the Buffalo Bills safety could hear him. More important to Thomas, who made the two-hour drive from Indianapolis to Cincinnati, was being by the side of Hamlin — his former high school teammate in Pittsburgh — and the player’s family.

“It just calmed me down and made that trip home a lot easier,” Thomas said. “I could just go home and I could just know that he’s going to be straight. I’ve got him. The world’s got him.”

An immense outpouring of support continues

Two days after the 24-year-old Hamlin’s heart stopped and he needed to be resuscitated on the field during a game at the Bengals, an immense outpouring of support continued.

After fans held vigils in Cincinnati and at the Bills home in Orchard Park, New York, on Tuesday, it was time for the NFL community — those who know Hamlin and those who had never heard of him before Monday — to express its support with most teams returning to practice.

“We all remain optimistic,” Rooney said, adding that Hamlin’s family asked him not to go into further detail.

The Bills said Hamlin was still in critical condition but displayed signs of improvement. They said he was expected to remain in intensive care.

Rooney said Hamlin’s family was buoyed by the words and acts of kindness the second-year player has received since being transported by ambulance to University of Cincinnati Medical Center.

“They are elated right now,” Rooney said. “Damar is still their first concern. But for them, they always look at how they can turn a somewhat troubling situation into a good one. The bounce back from this, for him and his family is going to be incredible.”

The family is quickly discovering how much of an impression Hamlin has made.

New York Giants coach and former Bills offensive coordinator Brian Daboll wore a cap with Hamlin’s No. 3 on it.

“Damar was close to my locker and when I spent my time in Buffalo and helped out with my foundation because of his giving nature,” said Phillips, who spent his first four seasons with Buffalo before signing with Minnesota. “But I was a bit surprised at how many people who have zero ties and zero connections to him or to Buffalo, and how much they’re impacted because we are a brotherhood.” 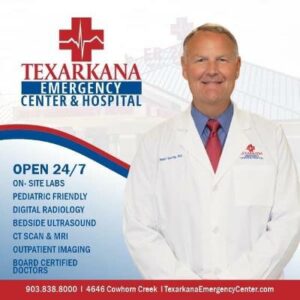 In Denver, rookie cornerback Damarri Mathis was too uncomfortable addressing the Broncos about Hamlin, his former University of Pittsburgh teammate. Interim coach Jerry Rosburg spoke up for him.

“To Damar Hamlin of the Buffalo Bills, Damarri Mathis, your teammate, our teammate, told us all about you,” Rosburg said. “He told us of your high character and your friendliness. And he told us of your incredible ability to lead people to a loving commitment to others, community service and raising other people up. That’s a remarkable thing. So, today, Damar, we honor you.”

The Bills, meantime, were still dealing with the shock of seeing their teammate collapse on the field after making a tackle, his heart not beating.

After returning home early Tuesday once the game was suspended, the Bills held meetings and a walkthrough practice without any media availability on Wednesday. They are expected to resume practice on Thursday ahead of their home game against the New England Patriots on Sunday.

NFL executive vice president Troy Vincent said his discussions with Bills coach Sean McDermott have focused solely on mental health and how McDermott and the team are dealing with what happened.

“It is tough. And coach is still battling,” Vincent said, his voice cracking.

The Patriots also pushed back their media availability to Thursday, and noted the NFL approved giving both teams an extra day “due to these unique circumstances.”

What remains unclear is whether the NFL will reschedule the Bills’ game against the Bengals, which has major implications in determining the top spot in the AFC. The playoffs are set to open on Jan. 14.

The Chiefs (13-3) have a half-game lead over Buffalo (12-3), with the Bills owning the tiebreaker after beating Kansas City this season. The Bengals (11-4) are currently the third seed and have also defeated the Chiefs.

Hamlin was hurt in the first quarter when he was struck squarely in the chest while making what appeared to be routine tackle of Bengals receiver Tee Higgins. Hamlin briefly got up and adjusted his facemask before collapsing backward.

Hamlin was selected by Buffalo in the sixth round of the 2021 draft out of Pitt. He spent his rookie season limited to special teams roles, and took over the starting safety job in Week 3 in place of veteran Micah Hyde, who remains sidelined by a neck injury.

Fans, team owners and players — including Tom Brady and Russell Wilson — have made donations to Hamlin’s Chasing M’s Foundation, which had raised more than $6.6 million by late Wednesday afternoon.

“Damar would want to use this to help other people. He would hate for all his attention to just be on him and there not be a positive outcome,” Rooney told reporters at the hospital. “So, I mean, that’s Damar. I mean, his entire life is spent towards providing and serving other people. That’s just who he is.”

NOTES: The Bills signed S Jared Mayden off the New York Jets’ practice squad, and released CB Xavier Rhodes. … The Bills — out of respect to Hamlin — did not list him on their injury report.