AUBURN, Ala. (AP) — Wendell Green Jr. hit a 3-pointer, drew a foul and polished off a four-point play just 14 seconds into the game.

No. 22 Auburn never lost the lead after that fast start.

Green scored 19 points and Allen Flanigan matched his season high with 18 to lead the Tigers to a 72-59 victory over No. 13 Arkansas on Saturday night in their first game against a ranked opponent. It was a turnaround from a loss at Georgia.

“I think everyone in here would agree that we needed that,” Auburn coach Bruce Pearl said. “Could you have expected it? I don’t know. But they really showed me something tonight. The bounce-back. The quick turnaround.

“Played great from the start. We got Wendell some really good looks against the Arkansas defense. He got us off to a great start.”

The Tigers (12-3, 2-1 Southeastern Conference) took a double-digit lead into halftime and didn’t come close to becoming another comeback victim of the Razorbacks (12-3, 1-2).

Green had five assists, while Flanigan pulled down eight rebounds.

“It was wonderful to see Allen Flanigan have one of the best games of his career in an important game,” said Pearl, calling it “probably one of the top four or five wins” he has had at Neville Arena.

Johni Broome finished with 10 points and 10 rebounds for Auburn in his third straight double-double. He also blocked six shots.

Anthony Black led Arkansas with 23 points after the freshman totaled 13 in his first two SEC games. He matched that from the free throw line alone, making 13 of 16. Ricky Council IV had 14 points on 5-of-15 shooting.

“I thought Anthony Black was absolutely spectacular offensively,” Arkansas coach Eric Musselman said. “We didn’t have much else besides that.”

Black scored 11 straight Arkansas points with Auburn threatening to run away with it in the second half.

The Razorbacks twice cut the deficit to nine points in the final four minutes, but couldn’t come closer.

“It’s crazy. We missed 13 free throws (in 32 attempts) and we lost by 13,” Black said. “We missed a couple of easy ones, offensive rebounds, put-backs. We couldn’t hit a shot, myself included.”

Green made 3 of 4 free throws in the final minute and Flanigan hit both of his attempts from the line to avoid any kind of jeopardy.

“Everybody knows the 3-point shooting, you’re not just miraculously going to wake up and all of a sudden become a great 3-point shooting team,” Musselman said. “So you’ve got to figure other ways to put points on the board.” 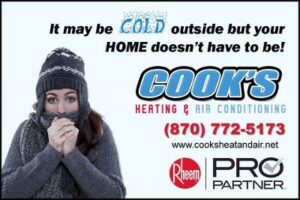 Auburn took a 36-25 lead into halftime after Arkansas failed to make a basket over the final five minutes.

Green scored seven points in the first 90 seconds, including a pair of 3-pointers. That matched his point total in a loss to Georgia when he was 2-of-12 shooting.

“I just wanted to come back and show how I play,” Green said. “That’s how I play. It just felt good to see that first shot go in.”

Arkansas: Couldn’t pull off its fourth comeback from a double-digit deficit and second straight after rallying from 17 down to beat Missouri. Outrebounded Auburn 45-32.

Auburn: Snapped a three-game losing streak to the Razorbacks and rebounded strongly from a 76-64 loss at Georgia that put the Tigers in jeopardy of falling from the rankings for the first time.