LITTLE ROCK, Ark. (AP) — After running a campaign heavily focused on national politics and her time as President Donald Trump’s spokeswoman, Sarah Huckabee Sanders says she wants to keep her attention on Arkansas as she takes charge as the state’s 47th governor.

Sanders will be sworn in Tuesday, becoming the first woman governor of Arkansas, her home state. She also is ascending to the post her father, Mike Huckabee, held for more than a decade.

Sanders, who served nearly two years as White House press secretary, is the best-known former Trump official to assume elected office. Since winning election, the 40-year-old Republican has largely avoided weighing in on the former president who endorsed her bid and appeared prominently in her campaign materials.

“Right now, my focus is strictly on Arkansas, getting sworn in here on Jan. 10 and hitting the ground running for my first legislative session,” Sanders told The Associated Press in an interview last week when asked if she will support Trump’s 2024 presidential bid.

Sanders will be tested

Keeping the focus on Arkansas will be tested as she embraces legislative priorities that include overhauling the state’s education system, cutting income taxes and adopting new public safety measures.

“She clearly has some national aspirations,” University of Arkansas political science professor Janine Parry said. “In order to fulfill those, it’s likely she’ll have to show some capacity for governance.”

Sanders takes office as Trump’s influence in the GOP appears to be waning. Sanders’ predecessor, Republican Gov. Asa Hutchinson, is considering a run for president and has said Trump winning the Republican nomination would be the “worst scenario” for the party.

Sanders, however, has said she thinks the country would be better off right now if Trump were in office.

She faces an environment most governors would dream of. Arkansas sits atop more than $2 billion in reserve funds and Republicans expanded their supermajority in the state Legislature in November. 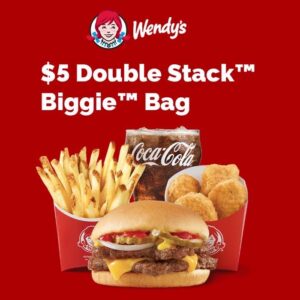 Sanders said the first bill on her agenda she wants the Legislature to pass is an education reform measure containing a pay raise for teachers, a focus on improving literacy rates and more school safety measures.

Sanders has not proposed a specific pay hike amount though House and Senate committees have recommended $4,000 teacher raises. In his lame duck budget proposal last year, Hutchinson recommended education funding be increased by $550 million over the next two years to accommodate teacher raises.

Sanders also supports some form of school choice — parental empowerment as she puts it — to allow state money to be used for private schools or homeschooling. “Parents should be able to decide how and where their kids can best be educated,” she said.

Sanders has indicated she will follow the lead of another high-profile GOP governor, Florida’s Gov. Ron DeSantis, another potential presidential contender. Her pick for education secretary, Jacob Oliva, is one of the top Florida school officials.

Sanders said she would support legislation similar to a Florida law that forbids instruction on sexual orientation and gender identity in kindergarten through third grade. Critics, who have dubbed the ban the “Don’t Say Gay” law, have said that type of restriction marginalizes LGBTQ people.

Sanders said she also hopes to begin fulfilling her promise to phase out the state income tax, though she did not have a specific amount of a cut she’d push for this year. Hutchinson has signed several income tax cuts into law the past eight years.

And she wants to look at work requirements for the state’s Medicaid expansion, despite a federal judge blocking such a requirement.

Sanders stopped short of saying whether she will continue Medicaid expansion, but wants to examine its costs and sustainability. “My job and my goal is not to take assistance away from the people who need it, but we also can’t bankrupt the state,” she said.

Her inauguration marks the first time in 42 years Arkansas will have a governor without any experience in elected office. Hutchinson, a former congressman, has been a fixture in Arkansas politics since the 1980s.

“We know the rhetoric, we know the Trump administration we’ve seen,” said Democratic Rep. Tippi McCullough, the House minority leader. “We know all of that. But we don’t now how she’s going to govern.”

Republicans, some of whom clashed with Hutchinson in his final years in office, said they view the lack of elected experience as a plus.

“The main difference is just the freshness of perspective,” said Republican Sen. Bart Hester, the chamber’s incoming president pro tem. “I feel like Gov. Sanders is coming in with no strings attached.”

Sanders sought advice from her father and others, and said she plans to be hands-on while dealing with the Legislature.

“I don’t know how to be anything other than involved and hands-on in whatever I’m doing,” Sanders said.