LITTLE ROCK, Ark. (AP) — Former White House press secretary Sarah Huckabee Sanders took aim at conservatives’ favorite targets, including critical race theory and the federal government, as she was sworn in Tuesday as Arkansas’ 47th governor and the first woman in the state to hold the office.

The Republican didn’t mention former President Donald Trump or current President Joe Biden in a pair of speeches marking her inauguration. But she echoed many of the themes from her successful bid for governor, which she won in November after focusing heavily on national issues and her time in the Trump White House.

The 40-year-old Sanders, whose father Mike Huckabee served as governor for more than a decade, portrayed herself as part of a new crop of leaders for her home state.

“A turning point in the history of Arkansas will usher in a new era of good jobs, great schools, safer streets and stronger families,” Sanders said in a 15-minute speech before a joint session of the House and Senate. “The people of Arkansas, in their vast wisdom, have entrusted a new generation to lead. This is our moment. This is our opportunity.”

Shortly after her inauguration, Sanders signed seven executive orders including one that she said would prevent public schools from teaching critical race theory, a way of thinking about America’s history through the lens of racism. Sanders did not say whether any schools in the state are currently teaching the theory, which has been the focus of bans advocated by Republicans in other states.

“As long as I am governor, our schools will focus on the skills our children need to get ahead in the modern world, not brainwashing our children with a left-wing political agenda,” she said during a 22-minute inaugural address on the Capitol steps. 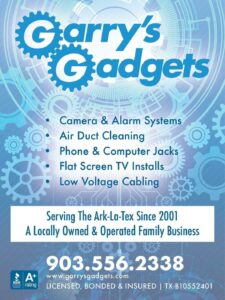 She also vowed to the state’s farmers and small business owners that “the meddling hand of big government creeping down from Washington D.C. will be stopped cold at the Mississippi River.”

“We will get the over-regulating, micromanaging, bureaucratic tyrants off of your backs, out of your wallets and out of your lives,” she said.

With her inauguration, Sanders becomes the most well-known former Trump official in elected office. She left the White House in 2019 to return to her home state after serving nearly two years as press secretary. Trump had endorsed Sanders’ bid for governor and was featured prominently in her campaign materials.

She’s mostly avoided weighing in on the former president since November, and has not said whether she supports his third run for the White House.

Sanders’ victory came in an election where Republicans expanded their supermajorities in the state House and Senate. Republicans also hold every statewide and federal office in the state. The Legislature kicked off this year’s session Monday.

In her speeches Tuesday, Sanders offered few details on an education reform measure she’s said is her top priority. Sanders said the measure will expand pre-kindergarten, improve literacy rates and prepare students for the workplace. She also indicated it would include some form of using public money to pay for private schooling or home schooling.

“Let’s give parents a greater role in education, including the right to choose the school that’s best for their child, whether it’s public, private or parochial,” she said.

She repeated her support for raising teacher pay, although she did not give a specific amount. State House and Senate committees have recommended giving teachers $4,000 raises.

Democrats said they were encouraged by Sanders’ support for teacher raises and expanding pre-K, but criticized her calls to root out what she calls “indoctrination” in schools.

“Arkansas Democrats stand with our teachers and know they are first and foremost much too busy grading papers, buying their own supplies, and making lesson plans to indoctrinate anyone,” the party said in a statement.

Other executive orders Sanders signed Tuesday include a freeze on most government hiring and on new government rules and regulations.

Sanders said she wanted to begin phasing out the state’s income tax, which has been cut over the past several years, although she did not specify the amount she wants to cut it by this year. She takes office with the state sitting on more than $2 billion in reserves. She also repeated her call for a public safety plan that includes new prison space.

Sanders is succeeding Asa Hutchinson, who leaves office after eight years due to term limits. Hutchinson, a Republican, is considering running for president. He has said Trump winning the GOP nomination again would be the “worst scenario” for his party.

Aside from Hutchinson and her father, other former Arkansas governors attending Sanders’ inauguration included Democrats Mike Beebe and David Pryor, who is also a former senator.