FRISCO, Texas (AP) — Dak Prescott wasn’t even going to talk about interceptions before a smaller group of reporters stopped the star Dallas quarterback after his regular session with the media.

“Honestly,” Prescott said Friday, “I’m not even thinking about them right now.”

The football world is talking about them, and the chatter will continue all the way to Monday night when the Cowboys (12-5) visit Tom Brady and Tampa Bay (8-9) in a wild-card playoff.

Here’s the rundown: A career-high 15 interceptions, tied for the NFL lead with Davis Mills of three-win Houston, and a personal-worst streak of seven consecutive games with at least one pick.

Prescott threw a pick-6 in three of the last four regular-season games, the last in a 26-6 loss to Washington when the accuracy from the 2016 NFL Offensive Rookie of Year was shockingly bad.

For a franchise desperately seeking its first deep postseason run in more than a quarter-century, continued crippling mistakes from the $40 million QB won’t sit well.

Prescott won’t dwell on them, because his life story doesn’t let him. He lost his mother to cancer and a brother to suicide, and has dealt with major injuries two of the past three seasons.

“When you’ve been through what I’ve been through, man, you don’t allow what people say and one performance to dictate who you are or how you’re going to approach the next day,” Prescott said.

“All the bad is for the good in my head. I think these guys in the locker room feel that. I feel like the relationships and the bonds that we have within the locker room, they’re natural in picking me up.”

Ask them about Prescott, and you might as well be discussing a quarterback who throws three touchdowns every week without the risk of an interception.

“The guy’s lived in adversity his whole life,” Martin said. “He knows how to handle it.”

There has been some reward with the risk during the seven-game interception streak. Prescott has 15 touchdown passes with 11 picks, and the Cowboys have a 5-2 record.

The Dallas offense has been among the NFL’s best since Prescott returned from a five-game absence with a broken thumb, and the plenty of the picks haven’t been the QB’s fault.

Still, there’s a sobering reality with Prescott so far unable to stop the skid.

“We don’t want to lose what we’re doing on the other 30 plays, we’re just focusing on those couple plays that we can be better,” coach Mike McCarthy said. “It’s not, ‘Don’t worry about it. I don’t care about the negative result. I’m just going to keep playing.’ That’s not the message. It’s really staying in tune and building off of what we’ve done well.”

McCarthy prefers the evaluation of each interception

McCarthy prefers the evaluation of each interception, so an overtime loss to Jacksonville becomes a good example of the bigger picture with Prescott.

A poor decision from the two-time Pro Bowler on an interception helped the Jaguars rally from 17 points down in the second half.

The game ended when Prescott made the right choice for what should have been a third-down conversion early in OT. His effective throw away from defenders bounced off receiver Noah Brown into the arms of Rayshawn Jenkins, who returned it for the winning touchdown.

The pick-6 against the Commanders came when Kendall Fuller jumped in front of an out route, something that Prescott knew the Washington cornerback had a tendency to do.

“Just understanding some are misfortune, and yeah, some I own. Bad decisions,” Prescott said. “It’s actually going back to my preparation and staying within and knowing, taking everything into account before I get the ball in my hands.”

Because of the five-game absence, Prescott has thrown picks in 10 of 12 games this season, including one in a 19-3 season-opening loss to the Buccaneers before he broke his right thumb.

This from a quarterback who threw just four interceptions as a rookie and had at least one streak of four consecutive games without a pick in every season except 2020, when he played just five games. 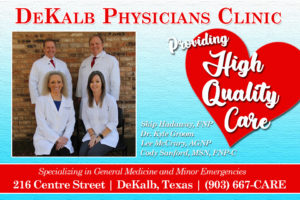 Now Prescott would gladly take just one game without throwing one to the other team. This would be quite the time for it as he takes a 1-3 career playoff record into a matchup with Brady, a seven-time Super Bowl winner.

“I expect Dak’s best,” Elliott said. “That’s just the type of player Dak is. That’s the type of work he puts in.”

Prescott isn’t putting much thought into the picks.