The Aggies (13-5, 5-0 SEC) won their seventh straight game and have not lost since the starting lineup of Marble, Dennis, Henry Coleman, Wade Taylor and Tyrece Radford was established late last month.

Aggies clung to their lead

After leading by 11 points at halftime, the Aggies clung to their dwindling lead throughout the second half. An alley-oop dunk by Florida’s Colin Castleton drew the Gators to within 46-44 with 1:43 remaining before Taylor made both ends of the one-and-one for a four-point Texas A&M lead with 1:01 to go. 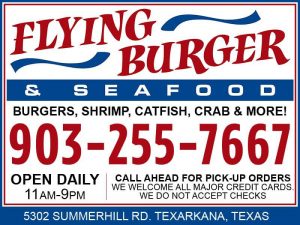 Riley Kugel’s 3-pointer with 29 seconds to go got the Gators within one point for the first time in 34 minutes of play, then Taylor converted another one-and-one to give the Aggies a 52-49 lead with 23 seconds left. Florida’s Myreon Jones missed a layup, Castleton’s follow was blocked by Andersson Garcia, and Tyreece Radford broke away for a dunk that gave the Aggies a 54-49 lead with four seconds left.

Florida had one last chance after Jones hit a 3-pointer and Garcia lost the ball on the in-bounds play but Jones’ 3-pointer at the buzzer was off the mark.

As was the case in each game of their three-game winning streak, the Gators came out misfiring in the first half, this time to an extreme. Florida made two shots in the first half and trailed 23-12 at the break. The Gators were 2-for-26 from the field (7.7%), 1-for-11 on 3-pointers and made 7 of 10 free throws.

Florida trailed by 13 in the first half against Georgia, by seven against LSU and by 11 against Missouri. The Gators won all three games.