MORGANTOWN, W.Va. (AP) — West Virginia’s physical brand of basketball under coach Bob Huggins was too much for TCU to handle.

The Mountaineers took advantage of a bruising inside performance behind 285-pound forward Jimmy Bell Jr. to build a big early lead and outlast No. 14 TCU 74-65 on Wednesday night.

Bell, a junior college transfer, had 15 points and a season-high 12 rebounds for his second double-double. Prior to the start of the season, the 6-foot-10 Bell had changed his diet and workout habits and lost about 75 pounds.

“Jimmy was terrific, but you know, Jimmy is a guy who really cares,” Huggins said. “He’s a guy who works really hard. When you think about a guy who came in here and lost the weight that he lost in order to be able to play, his skill level has gotten so much better.”

“It was a different game. This wasn’t a basketball game. But it was what we expected. They stepped it up as the game went on with their physicality.”

Mike Miles Jr. scored 21 points, including 14 after halftime, while Emanuel Miller and Damion Baugh had 13 apiece for TCU.

After a lackluster first half, the Horned Frogs made it interesting toward the end. 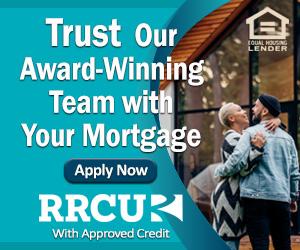 Down 17 with 11 minutes remaining, TCU sank eight free throws during a 13-2 run. Miles then hit a 3-pointer and an ensuing free throw after getting fouled, and Jakobe Coles made layups on back-to-back possessions to pull the Horned Frogs within 62-60 with 5:17 left.

But TCU made just two field goals over the final five minutes and West Virginia never relinquished the lead.

The Mountaineers’ Erik Stevenson scored nine points in the first half but earned a seat on the bench for much of the second half and got an earful from Huggins for defensive lapses and four turnovers.

West Virginia started with one of its best efforts all season, making 9 of its first 14 shots and racing to a 28-12 lead. The Mountaineers, guilty too often this season of one-pass possessions, made crisp passes on offense and clogged the paint on defense, while TCU was unable to get its transition offense on track until it was too late.

TCU trailed 39-24 at halftime, its lowest first-half scoring output of the season.

HUGGINS IN THE HOUSE

Huggins was at the game a day after meeting Tuesday at the state Capitol with Gov. Jim Justice, who announced hours later that he had a mild case of the coronavirus. Huggins had gone to Charleston to be honored for his induction into the Basketball Hall of Fame last year. A West Virginia athletics spokesman said Huggins was being monitored for any symptoms and that COVID-19 testing would be conducted according to the school’s protocols for his level of exposure, noting Huggins was fully vaccinated and boosted.

TCU: The team with the fewest turnovers in the Big 12 committed 19 Wednesday. The Horned Frogs fell to 0-11 all-time in Morgantown.

West Virginia: The Mountaineers played like they were fed up with their losing streak, outrebounding TCU 31-18. After shooting 61% from the free-throw line over their last five games, West Virginia went 20 of 26 (77%) on Wednesday.

TCU plays at No. 2 Kansas on Saturday.