PEARCY, Ar. — College scouts sat in the stands at Lake Hamilton’s basketball arena Friday night, and left impressed with more than one player after the Wolves survived White Hall in overtime, 94-91.

White Hall sophomore jai’chaunn Hayes poured in 44 points, including 10 in overtime, but it wasn’t enough with Lake Hamilton’s Zac Pennington, Ty Robinson and Easton Hurley combining for 19 three-pointers. Pennington swished three treys in the extra period to put the Wolves on top for good.

“We got in foul trouble tonight which made it hard for us to make some runs; we did finally make a run in the third quarter,” said Lake Hamilton coach Scotty Pennington. “It put us back in the lead, but give White Hall credit because they didn’t lay down. It’s a shame that somebody had to lose this game.”

The Wolves were in trouble almost immediately with two fouls being called on Robinson. He went to the bench with 7:21 left in the first quarter. The first foul on Robinson was a mistake by one of the officials. The foul was corrected later, but not before Robinson had been on the sideline for nearly 10 minutes.

“Our response shows that there’s more than one player to our team,” said the elder Pennington. “Hurley was big again, and I thought Zac was special at times. He hit some huge shots, especially there in overtime.”

Pennington scored 12 of the Wolves’ 14 points in OT, finishing with 30 and eight 3-pointers. While failing to score in the game’s first 39 seconds, Robinson scored nine points in the second quarter and 14 in the third with four of his five 3-pointers for 27 points. Hurley had six 3-pointers and scored 22 points.

Hayes was the only reason the Bulldogs were on the edge of a big upset. He tallied 19 points in the first half, 15 in the second, and 10 in OT.

Lake Hamilton’s win keeps the Wolves one game back of front-running Pine Bluff in 5A South at 18-2 overall and 7-1 in conference. White Hall (13-9, 6-4) is battling Sheridan for the league’s fourth playoff spot. Hot Springs is third after losing to Pine Bluff Friday night. 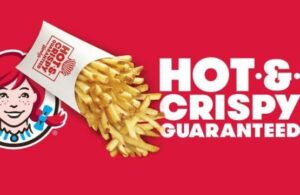 Senior Nancy Coffman scored 10 of her team-high 17 points in the second half, rallying Lake Hamilton past the Lady Dawgs. Laney Hunter buried her six points on two 3-pointers in the third quarter, and Paris Macon converted three huge free throws in the final minute to score 10.

The win did not come easy with senior Brooklynn Braughton on the sidelines with an arm in a sling.

“It’s day-to-day with Brooklynn; she’s had a problem with her shoulder for a while and we decided to sit her down,” said winning coach Blake Condley. “I’m proud of the way our girls fought tonight.”

The game was tied at 42 with 59 seconds left. Macon scored five points in those final seconds, with Coffman contributing a layup.